Created as part of the Tax Cuts and Jobs Act of 2017, Opportunity Zones are intended to induce capital investment in distressed areas via lucrative federal tax incentives. Lettieri and his team at EIG incubated the idea and worked to ensure it became a reality.

In their first of its kind assessment of the state’s Opportunity Zone, the AEI/EIG team review Indiana’s 156 designated zones, including the population living and industries operating within them. In doing so, the scholars create investment typologies for each zone before identifying how Opportunity Zones can aid the state and its regions in achieving their economic and community development goals. Indeed, as the AEI/EIG team notes, Opportunity Zones are already being leveraged to spur investment throughout the state, in cities like Evansville and small towns like Brookville.

While not panacea, Opportunity Zones can be used to support a variety of investments—from place-making initiatives that aiding in attracting and retaining talent while mitigating population loss to seeding venture funds that invest in advanced industries. 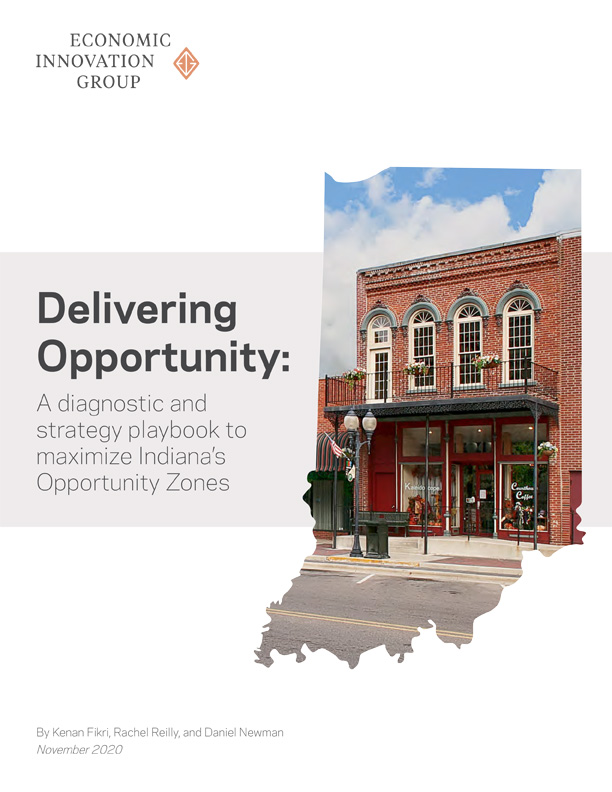 The Path for Growth and Prosperity in our State